Importance of Shoveling Out OCWA Hydrants

Importance of Shoveling Out OCWA Hydrants

Imagine being a firefighter arriving at a fire and you can’t find the OCWA hydrant.  It happens.

Central New York snowbanks have been growing larger and larger as of late. While firefighters have a map of hydrants they consult en route to a fire, what happens if the hydrant is buried in snow? 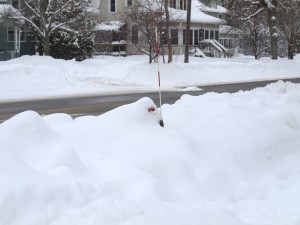 This time of year it’s always an issue for firefighters to locate hydrants when we’ve had heavy snow. OCWA employees do their best to shovel out hydrants whenever possible, but we do not have the staff to consistently clear the over 13,500 hydrants in our system.

Many fire departments are proactive in adding the hydrant markers, fiberglass posts which stick up several feet above the hydrant, which can help them locate buried equipment.

But when they don’t have it, it’s literally a game of hunt and peck with a shovel, trying to hit something metal in the snowbank.  And finding the hydrant is one thing.  Getting it cleared for use is another. 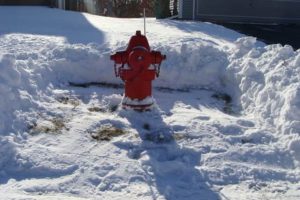 It takes anywhere from 5 to 10 minutes sometimes to shovel a hydrant out, it can be even longer, based on previous weather conditions. It’s a time sensitive issue. Fire doubles in size every minute, so the more time spent trying to locate and dig out a hydrant definitely influences fire spread.

So if you have a hydrant near your house, is it in your own best interest to keep it cleared out?

Yes, it is definitely within your best interest to shovel a hydrant if you have one in front of your house and even in your neighborhood, your block. You may have neighbors who are elderly or physically incapable or just don’t have the means to keep that hydrant clean, it’s just better for the neighborhood in general. If you can do it, clean out the hydrant in your neighborhood. 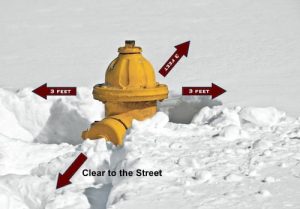