The news has been filled lately with disturbing stories about how cold weather in Texas has knocked out power and caused residents to lose such basic necessities as heat and electricity.  The outages have also negatively impacted other critical public utilities, especially water systems.

While freezing temperatures are nothing new to Central New Yorkers, they have caused severe challenges for the electrical grid in Texas.  As power went out due to a systemic failure of the power grid, the water supplies also began to topple. Pumping stations and treatment facilities found themselves unable to operate and maintain production.  The challenges to water utilities were compounded by customers letting their taps run to prevent freezing of there pipes.  The water utilities found themselves running out of capacity and pressures plummeted.  A frightening reality we can all appreciate.  Could this alarming series of events happen at OCWA?

OCWA has made it a long-term priority to prevent such an occurrence by strategically investing in our facilities.  In particular, over the past 20+ years we’ve made a commitment to integrate stand-alone backup power generation at all of our key facilities. Often in the form of a diesel generators, we now have the ability to operate the bulk of our five-county water system independent of the power grid. 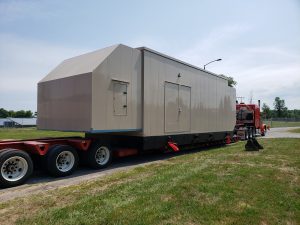 The most recent investment in this resiliency effort is occurring right now at our Lake Ontario Water Treatment Plant (LOWTP). Responsible for supplying over 50 percent of OCWA’s available water, the LOWTP and its two pumping stations were not originally constructed with backup power generation available. As part of the current multi-million dollar upgrade to the high voltage electrical systems at the facility, two 2300 horsepower diesel generators are being installed at the pumping stations and a dedicated 450 horsepower generator is being installed for the LOWTP building itself. 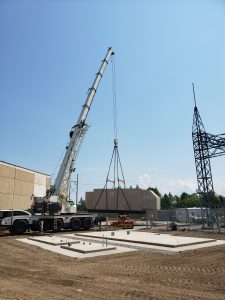 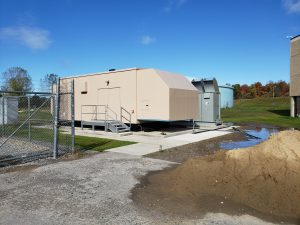 The operational capacity of these machines equates to the ability to maintain approximately 30 million gallons per day of production at the LOWTP, independent of the electric utility. Combined with the existing backup power facilities we have throughout the water system, this positions OCWA to be able to withstand an unforeseen regional power outage like that being experienced in Texas right now. 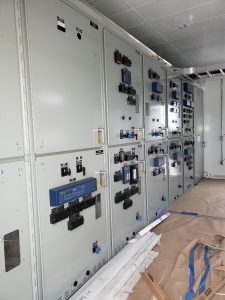 We never know what the future will bring, and that’s why OCWA will remain committed to planning for the challenges ahead and making decisions that keep the water supply of Central New York at the forefront of reliability.