This is the fourth in a series of articles about the major upgrades that OCWA—Central New York’s Water Authority—is making to its Lake Ontario Water Treatment Plant (LOWTP) over the next five years.  This article discusses the electrical upgrade component of the project which is currently ongoing.  In total, the entire LOWTP upgrade project is expected to cost $55 million.

Water originates from about a mile off shore in Lake Ontario via a stone intake tunnel. Water is pumped about 2 miles to the Lake Ontario Water Treatment Plant (WTP) on Rathburn Road in the Town of Oswego, where it is filtered, purified and tested.  The “finished” water is then pumped via the Clear Water Pumping Station to the Terminal Covered Storage Facility in the Town of Clay, from which it is transmitted to the east (Eastern Reservoir/Tanks), west (Western Reservoir/ Tanks) and south to other consolidated storage facilities and connections.  All of this pumping and treatment requires extensive electrical power, which is the subject of this article. 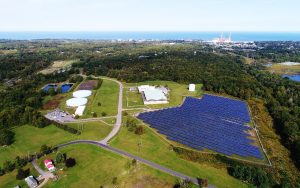 The Lake Ontario water treatment and delivery system relies upon two high voltage electrical substations to provide power to the pumping stations and water treatment plant itself. One substation serves the Raw Water Pumping Station (RWPS), located at Sheldon Avenue in the City of Oswego. The other substation serves the Clear Water Pumping Station (CWPS) and adjacent WTP. The two substations were originally constructed circa 1966, and much of the existing equipment is of that vintage and well past its expected 30-year design life. Due to age, condition and configuration of the substation equipment, reliability and serviceability of electrical power is of critical importance to OCWA.

The project will replace nearly all of the existing equipment within each substation with the exception of the overhead structural components and the existing transformers. Both of the items to remain were found to be in good condition and are anticipated to remain reliable for a long period of time. In addition to the equipment upgrades, each site will be equipped with a diesel backup power generator. These generators will be capable of powering the pumping stations and the plant up to a capacity of about 30 million gallons per day, which represents one and a half times the average daily demand of the facility. All other pumping facilities downstream of the WTP already have backup power and thus with the new generators at these two sites, the Lake Ontario Supply from source to customer becomes significantly more resilient and capable of providing water even during a large-scale power outage or disaster.

The electrical upgrade project will cost approximately $10 million and is a critical first step in the overall upgrade of the Lake Ontario supply system. 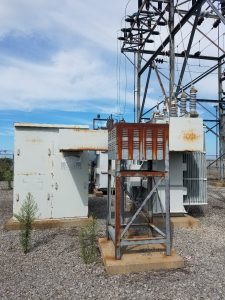 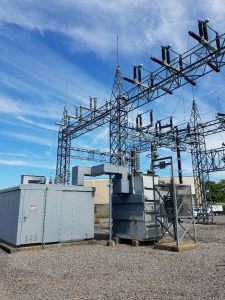